skip to main | skip to sidebar

So what will you dress up as this Halloween? 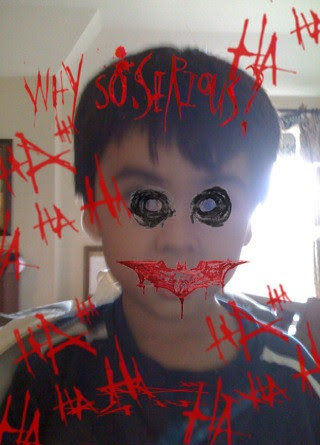 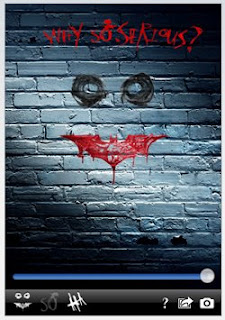 Create your joke with The Dark Knight iPhone App
The Dark Knight iPhone app takes your picture and allows you to add your own Joker elements to it.
That got me thinking about the thought of a Web 2.0 Halloween. Not just with technology website, activities or tools for use with the kids, but simply dressing up. So here are a few that I found online as possible costumes for this year's Web 2.0 Halloween. 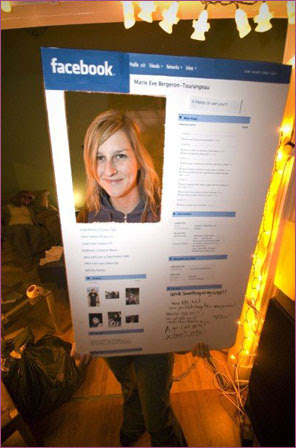 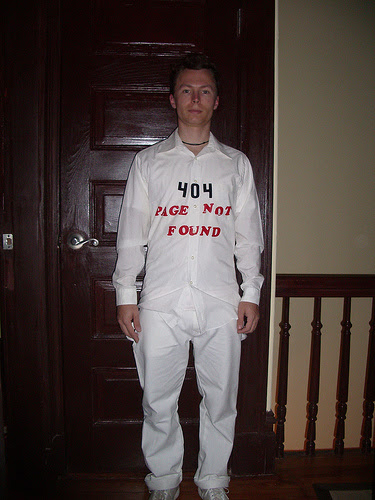 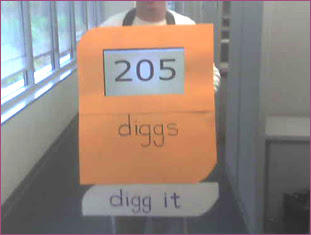 Have a great Web 2.0 Halloween! 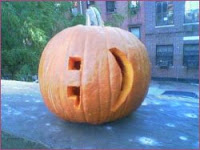 Posted by John Costilla at 8:29 AM No comments:

On September 25th I began my Project Pic 365 with the notion of taking one picture a day for 365 days and posting it to my blog.

This proved to be more difficult that it seemed... There were days I'd forget; days that were so last minute and days that my iPhone battery died before I could get my project pic in for the day. My goal was to take all of the images and compile them into a quick preview to see what it had to say...?

I think what this says is that I like shoes, family, blue skies, technology, my faith. Oh, and did I say my critters? Curious to know what you think?

This was my very first pic.

Posted by John Costilla at 9:31 AM No comments:

I've never actually joined MySpace, but I do recall when it was big for music fans and mostly the younger generation. Recent posts, including a tweet I shared yesterday point to the fact that folks migrate to certain social networks. While the article points to the fact that age, class and other demographics point folks to MySpace or Facebook, the reality is that MySpace is falling off a cliff. I don't believe it has anything to do with class or age as much as Facebook is just more direct and relevant. Folks gravitate to where their friends are. Initially, Facebook was for the college crowd, then us "older" folks jumped on board and now the MySpace gen is quickly joining on board. The other day, my 10 year old nephew joined... Is it quickly becoming a fad only to become the next Walmart we all despise? As will all fads, will this to pass and a far superior online community come about? Let's see what the wave of Google brings about... 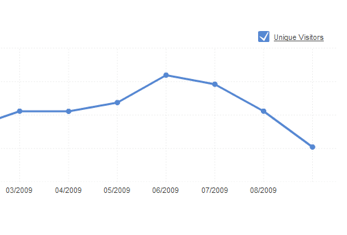 Here are some major takeaways from the data:

- MySpace’s downfall is accelerating. It lost a little over a million U.S. visitors between June and July, but more than 4 million between July and August and over 5 million between last month and this month. I don’t think I have to tell you what will happen if this trend continues.

- Its change in leadership has not yet produced results. In fact, MySpace now has less visitors than it did in April, when it kicked out Chris DeWolfe and hired former Facebook (

Posted by John Costilla at 8:41 AM No comments:

Posted by John Costilla at 8:23 AM No comments:

Dr. Stephen Heppell’s video about 21st century schools provokes you to consider what lies ahead. Wes Fryer states that this video “makes a strong case for blended learning where the learning connection between home and school is seamless.”

Posted by John Costilla at 7:19 AM No comments:

John Costilla
Welcome.
I am John & this is my ED Social Web blog spot.

John is husband, father and gadget guy. John is an educator, a marketer and community development guy in the K12 education space.

Life and then Some by John Costilla is licensed under a Creative Commons Attribution 3.0 United States License.